Investigate Before You Renovate

Home improvement and renovation projects can be exciting for homeowners and contractors alike. But they’re also serious business. Before adding or removing anything from a property, it’s important to know what you’re working with.

After living in their house for 15 years, homeowners in Cincinnati, OH, wanted to invest in a wraparound porch. But before taking on that project, they wanted to make sure some interior and exterior problems were addressed.

The homeowners noticed cracking along the ceiling, gaps between the ceiling and the north wall, and exterior brick cracks on the north wall and the chimney situated on the same wall. These are all signs of foundation settlement, which can have a severe negative impact on a building’s structural stability.

Settlement can happen for several reasons, but the main culprit is unstable soil underneath and around a structure. According to the United States Department of Agriculture Natural Resources Conservation Service’s Web Soil Survey, the 75-year-old property was built on clay loam and silty clay loam. Clay soil is notorious for expanding when wet, contracting when dry, and contributing to foundation settlement.

Reach Out to Professionals for Assistance

While the cracking the homeowners noticed wasn’t severe, they wanted to get ahead of any damage and fix it before it became too problematic or affected their planned renovations.

As the owners researched repair companies that could assist them, they came across Ohio Basement Authority, a local Groundworks company serving Cincinnati, OH. Groundworks is the nation’s largest privately held foundation services company.

One of the local company’s certified field inspectors visited the home to complete a thorough evaluation. He noted that the home was built in 1945 and had a slab foundation, and he observed the same foundation settlement signs including various cracks and gaps.

To meet the homeowners’ goal of stabilizing and lifting the problematic foundation wall, the inspector recommended the perfect repair solution – helical piles. Helical piles are one type of foundation pile commonly used, especially on lighter structures, to permanently reinforce a settling foundation and potentially restore it back to its original position. Unlike other piles that are driven into the earth, helical piles are mechanically “screwed” into the ground and down to more stable soil.

The homeowners agreed to proceed with the suggested work, and an installation crew with the local company was able to complete the installation in two working days.

The crew started by excavating around the north foundation wall and chimney and then digging down approx. 6 ft. to reach the foundation footing. The crew was careful during this process and had to hand dig around the gas service that entered the home near the chimney.

Six helical piles – two under the chimney and two on either side of the chimney on the north wall itself – were then installed 6’ apart by mechanically screwing them into the ground and down to load-bearing soil to better support the foundation wall. All six piles hit max pressure 9’ below the prep depth (6’ below grade). After all piles were installed and the home was stabilized, the crew took great care in applying additional pressure to help lift the wall and chimney. The crew was able to achieve between ¼” and ½” lift out of a stabilization pressure of 1500 psi.

The crew then backfilled the soil around the work area to wrap up the project. The ultimate goal was achieved by stabilizing the current foundation so that a wraparound porch could be added to the home. The homeowners are pleased they can move forward with this project because the pile installation has enhanced the safety and structural integrity of their home.

Groundworks is the nation’s largest privately held foundation services company. Headquartered in Virginia Beach, VA, the company provides foundation repair, basement waterproofing, crawl space repair and encapsulation, and concrete lifting. Groundworks is comprised of 16 brand companies, which operate out of more than 30 offices that serve 23 states. Since 1986, the combined companies have helped nearly 1 million homeowners protect and repair their most valuable asset, their home. Groundworks has been named numerous times to the Inc. 5000 Fastest Growing Companies, BBB integrity award, and Best Places to Work. For more information, visit https://www.GroundworksCompanies.com. 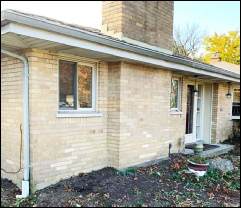 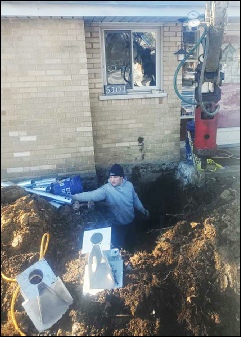 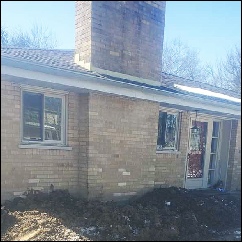 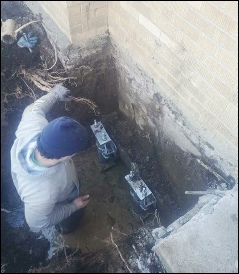