I’ve been in Business-to-Business marketing for (46) years and have created a number of headlines, taglines, and slogans during this time.  Some were better than others, and some, such as “Wiley Post is dead” for an Ag Chem company ad campaign directed at crop dusters, never saw the light of day.  My favorite in the helical pier business, “CHANCE® it … get screwed,” also received a similar reception, although I still maintain it was spot on and an industry clutter-breaker 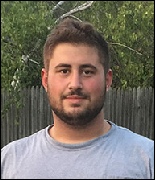 Ad men always fall in love with a clever tagline.  Ultimately, the success of any tagline or slogan has less to do with how cute or memorable it is.  The real determinant of success is whether the words reflect a reality.  “15 minutes can save you 15%” is meaningless if it takes several calls, an hour-and-a-half, and only saves you 5%.  The following short story illustrates why “The Danbro Difference…” is more than just a tagline; it reflects the reality of how we do business.

Nick Gill is our support specialist who provides field training and on-site support.  Recently we were courting a potential new customer who was also entertaining quotes from competitors for material and equipment.  The contractor was honest about his intention to pick from one of his multiple suitors.  Nick

called him to see if he had any questions about the quotes.  Our material prices were a little higher than the others and our pricing for the drive string assembly was considerably higher.  Nick explained that the Geotech report indicated some debris in the upper 10’, and we were able to take advantage of IDEAL’s 80 ksi steel to provide more torque to fight through the high blow count material with only a minimal increase in the material quote.  “This will save you the necessity of a pre-drill, Gill explained, and you will have enough torque to fight through the trash.”  “Okay, but why is the equipment quote so high,” the prospect wanted to know. Nick explained that he was comparing apples to oranges: “You explained to me that you do commercial work as

well as residential, and in some areas your work requires inspections.”  You were listening, the prospective installer observed.  Nick went on to explain that because the contractor’s commercial work may require higher loads, he would want a more powerful drive-head.  Also, the inexpensive pressure gauge in a competitor’s quote may not pass muster since many inspectors want to see the calibration documentation that comes with the torque indicator we quoted.

This interaction illustrates “The Danbro Difference.”  This gentleman is now a Danbro installer driving IDEAL helical products.  We took the time to listen to his story about the project in question, and we read the Geotech report.  We understood his greater ambition for his new helical business.  To this gentleman’s credit, he appreciated the time Danbro took to understand his project and his plans to expand his helical work.  He recognized that we were living our slogan and not just spouting it out.  Although he didn’t say so, he was experiencing “The Danbro Difference.”