Immediately, the job was shut down and the Chumash Indian Tribe elders were brought in to consult with and approve any further work. The elders concluded that yes, work could continue only if little to no further disturbance to the ground occurred.

The General Contractor notified Will Crawford, President of CXC Contracting of the determination and asked for a solution. To Crawford, the solution was simple. Instead of excavating 2 feet down for a new foundation, McLean Dixie helical piles would be drilled into the ground and, using new construction brackets, a grade beam would be poured on top of the ground to act as the foundation to set the house upon.

Anybody that digs around houses for a living will eventually find something interesting.  Such was the case when CXC Contracting, Inc was hired by a general contractor to lift an historical house that had been sitting on the ground for 150 years located on the National Park Services Santa Rosa Island.

Hired to install a new foundation under the house, the plan was simple - lift the house, excavate for a new foundation and piles, pour concrete and go home. Things started getting a little complicated when the engineers stipulated the house would need to be anchored to the ground securely enough to withstand 140 mph winds. CXC Contracting enlisted one of their structural engineers to design a system using McLean Dixie helical piles as the anchors and come alongs to secure the house to the anchors. Then when attempting to put beams under the house in preparation for the lift, things got more complicated as crews started unearthing what was later to be determined were ancient Indian artifacts and bones.

“At this point, we’ve determined that there are intact paleocoastal deposits from the south end of the house to the opposite end on the north,” said Gary Brown, National Park Service archaeologist.

He and a team of scientists worked over the past week, methodically digging in small test areas and sifting through each bucketful of dirt and stone at the site, part of the Channel Islands National Park.

Two significant discoveries came just days apart as a team got to work around and under the house.

First, they found a distinctive stone called a Channel Islands barbed point; then later, they discovered a crescent. Both likely would have been used to hunt and fish, and are signatures of a sophisticated technology of early toolmaking on the islands.

“Usually, when we find the two of them together, the site is at least 10,000 years old and could be 12,000 years old or older,” said Jon Erlandson, University of Oregon archaeologist and an expert in the field.

“This became a very exciting and very important discovery,” he said. 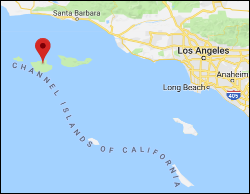 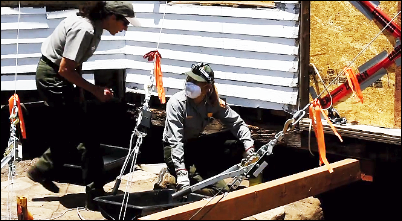 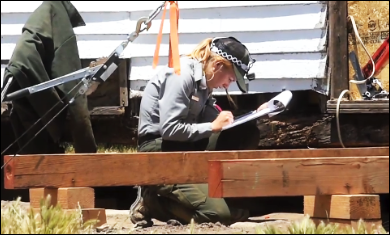 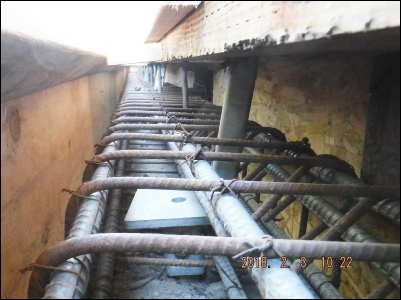 The elders were presented with this option and they approved the work. Seven months later plans were approved, and additional federal funding was secured so that work could continue. CXC Contracting completed the installation of the new foundation and handed the project back over to the very happy National Park Service, General Contractor and Chumash elders.